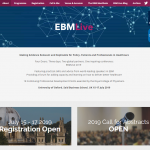 Increasing the systematic use of existing evidence

At EBMLive 2019, we will review some of the benefits, challenges and future perspectives to support the increased and systematic use of existing evidence.

Making Evidence Relevant and Replicable for Policy, Patients and Professionals in Healthcare

We can all agree there is a need for better evidence to inform healthcare. Yet commercial and academic conflicts often produce evidence that is not fit for purpose; evidence that 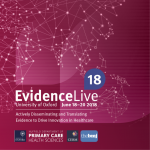 On behalf of the Evidence Live Programme Committee thank you for joining us at our 7th Evidence Live conference in Oxford last month. During the planning stages we very much

As the seventh Evidence Live conference approaches I find my time is taken up with thoughts of  ‘which room should be allocate for which talk, how to display a landscape poster 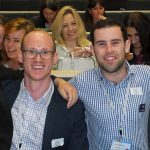 DEADLINE  February 28thSubmissions are being accepted under the following themes 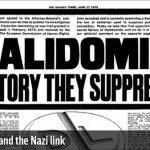 Finding the Truth through Medical Journalism

Evidence Live 2018 Medical Journalism session Tuesday June 19th will explore the benefits to health through the media. Harold Evans was a UK journalist, who grew up round the corner 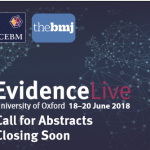 Finding Solutions to the Lack of Integrity in Research

Evidence Live 2018 Research and Integrity session Monday June 18th will discuss the answers to the growing lack of just that! Carl Heneghan sets out some of the important issues. 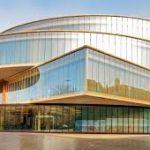 We are working to identify and prioritise those tasks likely to improve the quality of evidence used at the bedside and make for better healthcare. Carl Heneghan In 2017 we 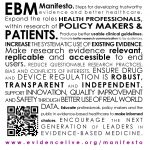 A Word About Evidence: 3. Manifesto

A manifesto for Evidence-Based Medicine (EBM) was published in the BMJ earlier this year and presented atEvidence Live. Jeff Aronson has been thinking again about the word manifesto. The Indo-European root MAN meant a 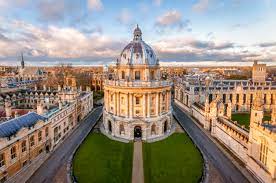