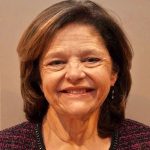 Maureen Smith, M.Ed., has a long history of collaboration with the healthcare system subsequent to a rare disease diagnosis in childhood. She is the co-chair of Cochrane’s Consumer Executive and is involved in several Cochrane projects. For the past 11 years, Maureen has been a member of the Board of Directors of the Canadian Organization for Rare Disorders (CORD) and is involved with Rare Disease International and the International Rare Disease Research Consortium’s Task Force on Clinical Research Networks. She is an enthusiastic patient partner in a number of research studies, including a co-investigator on two pan-Canadian studies in paediatric rare diseases and a principal investigator in a systematic review of coaching for shared decision making. Maureen co-led the patient engagement strategy for the development of core outcome sets in two rare inherited metabolic diseases and is now working on the implementation phase. Maureen is a member of the COMET Initiative’s People and Patient Participation, Involvement and Engagement (PoPPIE) working group. She is the vice-chair of the Strategy for Patient Oriented Research (SPOR) Ontario SPOR Support Unit.  For the past six years, Maureen has been involved in health technology assessment for both drugs and devices as a patient member on two provincial bodies. 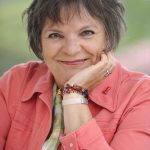 In 2008, Carolyn Thomas became the first Canadian ever invited to attend the WomenHeart Science & Leadership patient advocacy training at Mayo Clinic in Rochester, Minnesota.  Since then, she has spoken to thousands of women (and a few men!) about women’s heart health. Her presentations were once described as “part cardiology bootcamp, and part stand-up comedy.”
Her award-winning blog HEART SISTERS has attracted over 17 million views from 190 countries, and her writing about women’s heart health (specifically the patient experience) has been published internationally, including in the BMJ. She is also the author of “A WOMAN’S GUIDE TO LIVING WITH HEART DISEASE”, published by Johns Hopkins University Press.
Before her own cardiac diagnosis forced an early retirement, Carolyn’s career included over 35 years in the public relations field, including corporate, government and not-for-profit sectors ranging from Mercedes-Benz to the Salvation Army and the Victoria Hospice and Palliative Care Society.  She lives in Victoria on Canada’s beautiful west coast. where she loves to host sleepovers with her 5-year old granddaughter, Everly Rose. 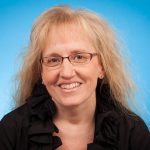 Sharon E. Straus is a geriatrician and clinical epidemiologist who trained at the University of Toronto and the University of Oxford.  She is the Director of the Knowledge Translation Program and Physician-in-Chief, St. Michael’s Hospital and Professor in Department of Medicine, University of Toronto.  She holds a Tier 1 Canada Research Chair in Knowledge Translation and Quality of Care and has authored more than 400 peer-reviewed publications and 3 textbooks in evidence-based medicine, knowledge translation and mentorship.  Since 2015, she has consistently been in the top 1% of highly cited clinical researchers as per Web of Science and has an H-index of 86. She holds more than $57 million in peer-reviewed research grants as a principal investigator.  She has received national awards for mentorship, research and education. 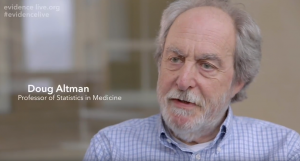