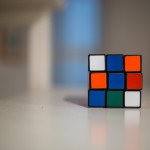 Leading up to Evidence Live 2016, we will be publishing a series of blog posts highlighting projects, initiatives and innovative ideas from future leaders in evidence based medicine. Please read

Leading up to Evidence Live 2016, we will be publishing a series of blog posts highlighting projects, initiatives and innovative ideas from future leaders in evidence based medicine. Please read

Beyond the buffet table: celebrating the past to inform the future

The Cochrane Tobacco Addiction Group (CTAG) are one of Cochrane’s many subject specific editorial groups, which specialises in reviewing the evidence for the prevention and treatment of tobacco addiction. CTAG’s

By Peter J Gill  As a junior doctor, the idea of changing the healthcare system seems daunting, even impossible. The delivery of healthcare is not only complex but also frozen

By Peter J Gill Over two decades has passed since the late David Sackett coined the term evidence-based medicine (EBM) to refer to decision-making that incorporates clinical expertise, best available evidence and

If you’re seeing this page, please note that it is being used for testing translation solutions for the EBM Manifesto. There are huge shortcomings in the way that evidence based

Evidence Live 2016 – The Momentum is Building

By Peter J Gill Evidence Live 2015 was a resounding success. Delegates and speakers from around the world descended on Oxford for two days of provocative keynotes, engaging workshops, networking

“Evidence based medicine: a movement in crisis?” That 2014 editorial by Trisha Greenhalgh and colleagues echoed through the hallways leading up to this year’s Evidence Live conference, on now at Oxford University.

Evidence Live 2015 took place at the Oxford University Examination Schools on two surprisingly sunny days in April.  There were lots of fantastic talks from a range of speakers providing 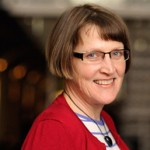 Original blog by Sharon Mickan- KT@OX This blog has been written to complement a podcast  made at the recent EvidenceLive conference in Oxford.  Attendees were asked to propose a dangerous

After close monitoring of the coronavirus pandemic and taking into consideration the well being of our delegates and speakers, the EBMLive organising committee have taken the decision to cancel

“Is there a need?  Will people come?” David Nunan writes about the first run of a new module Developing Practice in Medical Education Being an educator in EBHC creates a