Thanks to everyone who participated in Evidence Live 2013! 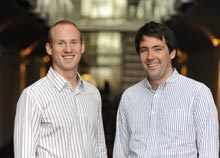 First of all: thank you to everyone who came to Evidence Live 2013 and made it such a success. A conference like this only happens because people come from around the world, taking time out of busy schedules and money out of already-stretched budgets, to participate and to share their passion for evidence-based healthcare.

It’s no secret that healthcare is at somewhat of a crossroads these days. People are waking up- not just those ‘in the know’, but the general public too- and realizing that if healthcare is going to be sustainable and continue to improve people’s lives, that radical changes are necessary in research and policy. Jack Wennberg’s work on unwarranted variation in healthcare can rightly be considered one of the first great revolutions in health service research, and when looking back at what was discussed this week in Oxford, his description that there continue to be large variations in the quality and quantity of care provided across the U.S. highlights that there is still a long way to go. Ensuring equitable access to an appropriate level of service- not too much, not too little- is essential. So too is the publication of all clinical trials- if you haven’t already done so, sign up now to the AllTrials campaign.

The Cochrane Collaboration has been one of the greatest developments in healthcare ever, ensuring that high quality evidence is generated and disseminated for more than two decades. As ever, it was a privilege to have one of its founders, Sir Iain Chalmers, participating in the conference. What was most exciting, though, is that even with Sir Iain, the Editor-in-Chief of The Cochrane LibraryDavid Tovey, and the Director of the UK Cochrane Centre Martin Burton sitting in the room, speakers were unafraid to provide poignant, thoughtful criticism of Cochrane’s work in order to push it forward and make it even better. Speakers like Jack Cuzick, Peter Gøtzsche, and Tom Jefferson, among others, highlighted areas where they believe Cochrane can do better, and set out challenges for the Collaboration to refine and evolve their methods in keeping with the latest evidence and methods. It is a testament to the professionalism and scientific integrity of all delegates that Evidence Live was a safe space in which these critiques could be raised.

While the ‘good and the great’ of evidence-based medicine were all there at the conference (indeed, prompting Chairman of the National Institute for Health and Clinical Excellence Sir Michael Rawlins to answer a question telling a delegate to ignore the good and the great and do whatever they thought was right!), it was also about the future of EBM- those younger delegates to whom the reins are rapidly being handed. Students and early career researchers came from all over the world- from places like Iran, and Bangladesh, and China- to participate in the debate, present posters on cutting-edge research, and to hear from distinguished speakers. A rapid-fire session on the second day witnessed some of the most original (even controversial) presentations of the conference. Five speakers took their ‘favourite paper of all time’ as the starting point, and used this to discuss the future of EBM and how students can contribute. It was an effective reminder that we have come a long way, but there is still much to do.