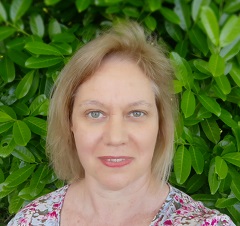 My journey began following the diagnosis of my daughter with Fetal Valproate Syndrome in 2001.  Shortly after, I joined the National Fetal Anti Convulsant Syndrome Association and then OACS.  I was part of a group action against Sanofi the makers of the drug when in 2010 following six years work by solicitors, funding was withdrawn.

I then set up the first Facebook group, a government petition, and two other groups, OACS and Facsaware, after research found evidence that 39% of those exposed to valproate in utero had symptoms of neurodevelopmental problems.

I helped to organise a protest outside the MHRA offices in 2013.  This initiated a Cochrane Review of 28 studies reporting in October 2014 which quickly escalated to the European Medicines Agency, with 2 further years of review, resulting in new and severe restrictions of the use of the drug in pregnancy.

In 2015 MHRA began running a “valproate Stakeholders network”.  Chaired by June Raine. It began as a damage limitation exercise but soon took on a life of its own as patients voices were being heard at the heart of the regulatory agency.

In 2017 history was made and the first ever Public Hearing into a medicine ‘valproate’, was held.  This brought the manufacturers PR people, scientists and patient victims from across the EU together to speak publicly in the same arena on an equal level.

An All Party Group set up, which was run exclusively by another organisation.  Norman Lamb the Health Secretary at the time of the coalition government, later became Chair of that APPG and the hard and soft lobbying that took place behind the scenes by all campaigners, resulted in the IMMDS Review being commissioned.  The message that got through to government was “we are mothers, we’re just not going to give up on our children and we won’t go away”.

Realising that there were problems not just with valproate, but at the heart of the regulatory system, Jeremy Hunt  quickly widened the scope of the Review to include the Primodos and Mesh victims.

I have always acknowledged that I’d never been the only campaigner, that groups and individuals come and go and come back again and that these individual and collective efforts have eventually led to policy change.  And a few weeks ago, 50 years after Thalidomide,  a new EU wide project “ConcePTION” was recently given multi millions of EU funding to develop a new and comprehensive safety mechanism for drugs in pregnancy, across the whole of the EU.  This had been slow progress but progress nonetheless.  The question now submitted to the Cumberlege Review, is WHY this was so slow.