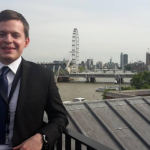 If you are active in research you will no doubt have an inbox full of unsolicited emails from journals asking for your papers.

Here’s an example from my inbox:

Emails like this, often written in broken English and a fawning manner, are a growing problem in science, a problem known as ‘predator publishing.’ Why does this happen? Who’s writing these emails and why? Interested, I decided to collect all the emails like this I received.

The first thing to note is that I received a lot of them, in fact, I received over 100 emails in just four months. That’s almost one a day. I also received 20 speaking requests and 5 editorial invitations, not bad for an MSc student!

I began to analyse them, extracting details from the publisher’s websites. As I investigated I noticed that almost all of the journals were produced by the same few companies. All of the journals I received emails from charged article-processing fees with an average cost of $1690. Many had titles that struck me as being designed to be deceptively similar to more reputable journals. From my brief study, it seems like a small business model has grown up which seeks to make money from researchers who are willing to publish their work, for a price, in deceptively named journals.

I explored a bit further and began to compare the journals, looking for markers of quality. I found that of the emails I received, only 4 of them were from registered on ‘Medline’ and only 44 had SSNs. Very few of the journals clearly described their editorial process and 50 accepted email submissions.

There are widely available databases that list ‘good quality’ open access journals. Such references include the Berlin Institute of Health Whitelist[i]. Only 2 of the journals I studied had made it onto the whitelist. Conversely, some databases collate ‘predatory’ journals, including ‘Beall’s list[ii].’ 58 of the journals I analysed featured on Beall’s list. Extracting this information from these journals did not take me long, even a basic scan would make one hesitant to trust them. So why do they exist?

The obvious answer is that supply exists to meet demand, targeting a willingness amongst researchers to publish without going through peer review. Traditionally these repositories of unfiltered science have been known as ‘predator publications.’ But to me, this title implies a passivity, as if naïve researchers were being taken for fools. Perhaps we should acknowledge that these journals only exist because there is a small subset of unscrupulous researchers willing to publish in them, perhaps we should rename the phenomenon as ‘fake science.’

How do we deal with this plethora of ‘fake science?’ Well, a first step would be to acknowledge that this is a problem created by the research community itself. We should accept that it is bad practice and reproach those who publish in this way. But we also ought to quantify, work out how many fake science journals there are already and how we stop them. At EBMLive this year I’ll be talking more about ‘Fake Science,’ I hope you can join us at the conference!

Biography: Drew Dagens is a 2019 Doug Altman Scholarship recipient and an MSc student at the Centre for Evidence Based medicine at the University of Oxford. Drew studies alongside his duties as a medical officer for the Royal Air Force. No conflicts of interest to declare.